Wildlife entertainment in times of issolation.

Like so many in this time of Covid-19, I find we are isolated at home.  We are fortunate in that we live in a wooded area, which has some wildlife to help entertain us.  Of course many of our nighttime friends are somewhat shy and do not care to be watched directly.  As such, we have recently purchased a game camera and set it up in the back yard.  Below is a raccoon who came to visit and grab a couple pieces of food we placed out on the patio table.  We are looking forward to perhaps catching a live viewing once we learn what times our friend likes to visit.  This picture is taken with the nite camera, so it is only in B&W.  More to come in the future. 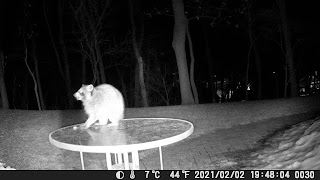 Slug of the Northwest

I have seen garden slugs before, but I had never seen slugs like the huge Banana Slugs I saw out in Washington state! Talk about your big-green-slimy things! 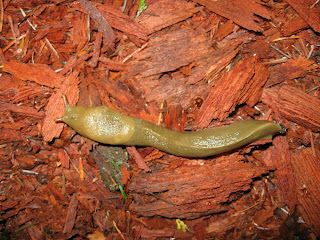 As noted below, one of these little gems of the wild is almost as long as my foot. 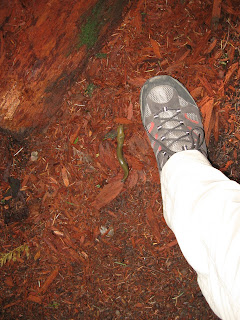 Not sure what they eat, but they are
pretty cool to run across on a hike.
Note, I do not say run on-top of!
Posted by Clark Sue at 9:03 PM No comments: 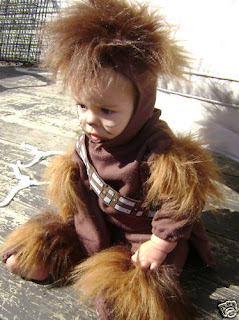 Just in case you wondered who the son of Cubaca was.
Posted by Clark Sue at 10:56 AM No comments: 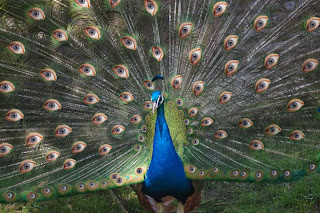 I was just rummaging through some old photo's and ran across this one.
The bird is real and eye am sure the rest is perhaps not as much.
For more zoo pic's check out;
Omahazoo.wordpress.com
Posted by Clark Sue at 9:06 PM No comments:

Take a look under the hood at the Omaha Henry Doorly Zoo. 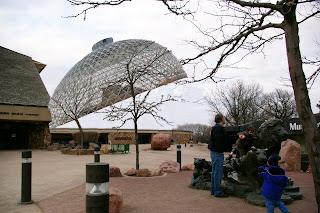 Just some self promotion

As I keep more than one blog, you can find some of the others on the side links. Why would anyone keep more than one blog you may ask. Well, I am not sure if I have a good answer besides sometimes it's just fun trying out something new. Besides I then have the ability to focus on a single topic with multiple pages with one, and handle other topics unrelated on another.

Until I get more feedback, I really do not focus too much on any one thing, as for all I know, I might be the only person to read it. Besides, putting down into words a few thoughts now and then, seems to help keep my mind young. After all, old thoughts can be so dusty!
Posted by Clark Sue at 8:01 PM No comments:

Things to see at the zoo in February.

It snowed here in the Midwest on Friday. It was a nice six to eight inches of white fluffy wet stuff, of which great childhood memories are made. I spotted a number of hills full loaded with young children, adolescent kids, older kids and maybe even a parent or two, taking advantage of snow this weekend.

I am sure that for some of the smaller kids, the winter snow of February 2009, will live long in there memories. Mine go back a few years more than that, but they are just as special in their own right. After all, it is hard to slide down a hill on a Play-station, or Wii. And though you might work up a mild sweat with your Wii, you will never get that thrill of acceleration as your sled picks up speed at a near 32 feet/second/squared rate of acceleration. It's not often you get to do that without breaking something!
Posted by Clark Sue at 10:15 PM No comments:

How many Blogs are too much?

Why so few entries I've been asked. Well, the reason is really quite simple. This is Blog number three and I just really do not have the time to make too many entries into it.

So if you don't mind, I have to click over to another Blog and make and entry. Only then will I have time to check into Facebook and see what the others are up to.

P.S. Sorry if I am late in getting that email response back to you. And, besides, I really need to pay some bills.

Later,
Posted by Clark Sue at 8:06 PM No comments: